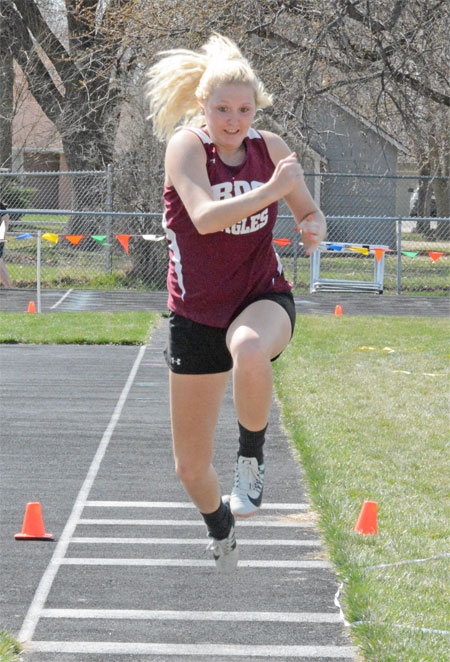 The Exeter-Milligan girls finished in fourth place in the team standings at the 2019 Heartland Invitational.  The Timberwolf girls amassed 62 points.  The Bruning-Davenport/Shickley girls scored seven points at the 10-team invite on Tuesday, April 9.
The BDS boys scored 55 points in Henderson and placed fifth.  The Timberwolf boys scored 39 points to land in seventh place at the invite. St. Cecilia rolled to the girls title with 116 points.  The Sutton boys got past the Blue hawks, 125-81, to win the boys’ title.  The Fillies were second in the team standings followed by McCool Junction.  Blue Hill was third for the boys.
Eagle Nolan Weber led a one, two and four finish in the boys discus for BDS.  Weber was first at 137-feet, 7-inches; while John Christensen was second, 129-6, and Kyle Ardissono was fourth, 124-5.  Christensen took gold in the boys shot put, 48-4.  Eagle teammate Jacob Schoenholz took fourth with a heave of 41-11. 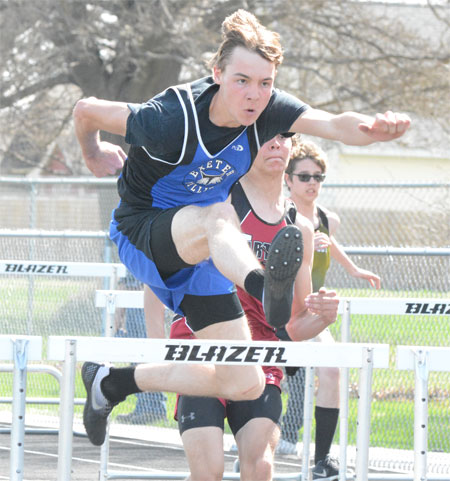