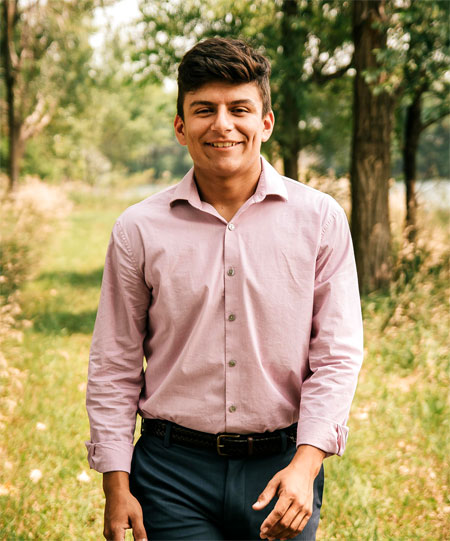 The United States Senate Youth Program has been an important learning experience for Caleb Hendrickson, a senior at Shickley Public School. Two students were chosen from each state, the District of Columbia and some military base students, and were invited spend the week in Washington D.C. learning about the workings of the federal government. The special week is an annual event in Washington and is sponsored by the Hearst Foundations.
As stated by the website, “The United States Senate Youth Program, established in 1962 by U.S. Senate Resolution, is a unique educational experience for outstanding high school students interested in pursuing careers in public service.”
Hendrickson and Audrey Worthing from Arthur County were selected from the Nebraska applicants. He had the second highest test score from the Nebraska applicants in the current event portion.
When asked who stood out to him in the line up of speakers, Hendrickson’s response was Martha Raddatz, an anchor with ABC News, who was the first reporter to fly into a war zone with the military. Chief Justice John G. Roberts also made an impact as he talked about the growing cases presented to the Supreme Court within recent years.
He also expressed his final answer about the Bryant vs. Jordan debate. “Michael Jordon is better than Kobe Bryant,” stated the judge.
The line up also included Mike Pompeo, Secretary of State; Robert Henry, U.S. Court of Appeals; and Lewis Eisenburg, American Ambassador to Italy. The group was also greeted by President Trump.
With the future looming ahead, there are many decisions to be made. Hendrickson’s recent opportunities including Boys State and Boys Nation, looking at how different areas of government work, may prove to be a contributing factor in his decisions for next steps after high school.
“The experience strengthens the idea I have to represent rural Nebraska someday,” he said. “Too many people forget about rural areas. They even talk about eliminating the electoral college. It would silence the rural areas. I want to make sure rural voices are heard.”