A third company expressed its interest to work with the City of Geneva on a new pool project at the Geneva City Council’s last regularly-scheduled meeting in February.
Four staff members with Olsson Associates gave a 45-minute presentation to the council on February 16.  The quartet included a landscape architect, a lead engineer, a funding specialist and an on-site engineer.
Olsson engineer Kevin Prior discussed a three-part approach for constructing an aquatic center where the current Geneva Swimming Pool is located.  He also mentioned the city council could opt for other locations, but the proximity to the city ball fields and park make the current swimming pool location a good fit.  He also said Olsson staffers have determined that the current pool area could accommodate a new aquatic center and bath house.
Prior also mentioned that his research indicates the current pool location has been used since the 1930s.  The current swimming pool was constructed in 1953.  The bath house was updated in 1968, Prior pointed out.
“Our conclusion is the current site could be used for a new aquatic center,” Prior said.  “It would mesh with the tennis courts, park, ball fields… the other things in this location.”
Olsson Associates have recently worked on water parks in Wilber, St. Paul and Lyons.  The centers in St. Paul and Lyons were mainly funded by bond issues and featured zero-depth L-shaped pools with accompanying features including a water walk area.  Olsson Associates are not licensed to build bath houses and BBH Architects would be the subcontractor for this work.
The Olsson foursome said a beginning step in the process would be a kick-off meeting with stakeholders in the project and then work of fund-raising efforts.  Next, three different concepts would be presented to a committee for the project.  A list of must-haves would be decided on by the committee and then the selected design would be adjusted to incorporate this list.  After the proposed design was approved by the committee, another public meeting would take place.
“We would put together a vision of what the stakeholders want,” Prior said.  “And we have a complete team here (at Olsson Associates)… Olsson (Associates) brings in a team for everything.”
The Olsson group told the city council the projects in Wilber, St. Paul and Lyons cost between $2.1 million and $2.5 million to construct with an average patron usage number of 200.  Prior said he could see the project in Geneva costing around $2.5 million with the entire process taking a year-and-a-half to two years to complete.  He also mentioned some more parking would have to be found to use the current pool location for the new aquatic center.
“I just love putting these things together,” Prior said.  “We are excited about coming here and introducing our project team…I guarantee you—we will listen.”
The Olsson quartet also mentioned several times that a key to a successful project is plenty of town hall meetings and keeping the tax-paying public informed of the project’s progress.
“Public involvement is needed from the very beginning and all the way through,” Prior said.
The Olsson Associates team was asked by several council members what the costs associated with project would be.  Including a $30,000 fee to begin working on the project, the council was told the total engineering fees for the project would be between 9 and 12 percent of the total project’s cost.  A time line for project could be: 3-5 months in planning, committee meetings and public meetings; finalize funding sources; conducting a special election for the bond issue; 3-4 months for the final design and bidding process; and nine months of actual construction time.
Prior said aquatic centers can be constructed from September 1st until June 1st.  With this though, construction costs are significantly higher and problems can occur.  While not suggesting it, the Olsson Associates team said the city might want to plan on losing one swimming season.
“We want the project to go extremely well for you,” Prior said.
In other meeting notes:
• The city council approved the proposals submitted by TopKote, Inc., for router and crack seal work and for armor coating.  Geneva City Administrator Kyle Svec told the city council that the city usually budgets around $100,000 annually for these services.
• The city council opened and closed a Public Hearing on the city’s One and Six Year Plan for Street Improvements for the fiscal years 2015-2020.  The plan was compiled by Steven A. Parr with JEO Consulting Group, Inc., and was approved by the city council.
• Judy Turek has been hired by the city to assist with the Geneva Recreation Center.  “The center is being used by more than just youth,” Svec said.  He commented that 8-10 men who attend the senior center are planning to hold pool tournaments at the rec. center. 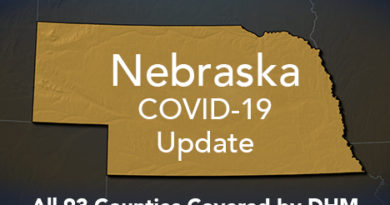