The Geneva City Council voted 4-2 (Councilmen Chuck Udell and Cody Lightwine—no) to allow JEO Consulting Group architects and engineers to move forward with the design of the proposed Geneva Community Center at the council’s regularly-scheduled meeting last Monday. The May 4 meeting took place via a conference call.
With the addition of a fitness/wellness center element, the engineer’s predicted cost for the building is between $5.7 and $6.7 million. JEO will be paid nearly $500,000 to design the building and see the project through the bid phase, construction and completion. Geneva Mayor Eric Kamler gave a figure of $2.2 million being contributed to the project in grants, money on hand, money already raised through private donations and more money to be donated. Information was presented by Kamler and Geneva City Attorney David Solheim about a 40-year USDA loan (2.375 interest, no pre-payment penalty) that would be used to fund the project’s construction.
Udell commented that he felt the addition of the fitness center and having an elevated track on the building’s second floor should be bid separately. He said these two elements added nearly $2 million to the total project.
“I kind of see adding these two things as a waste of time,” he said. “I would like to see these bid separately.”
Lightwine agreed with this added cost.
“I would rather look at a building that was half paid for (with grants and private funding) instead of one that is one-third paid for,” he said.
Councilwoman Joni Karcher said it was time to move forward on the project.
“I feel like it’s time to move forward,” she said. “Every time we change things up, it ends up costing us more. I think too much focus is on the total amount…look at the whole picture…we don’t want to have any regrets.”
Some new details about the project mentioned on May 4 included:
• a commercial kitchen is not in the plans for the community center. Some meals are planned to be available for seniors on certain days from outside sources. Geneva City Administrator Kyle Svec said the community/senior center would trend away from food service.
• Kamler suggested, through a moving of existing budget items, the cost of the new community center wouldn’t be paid for by an increased tax levy for three to four years. “There will be no impact on the levy for the first three to four years,” Kamler said.
• The community center would contain two full size basketball courts, full restrooms/changing rooms and a concession area. Svec said he could see the building hosting many, many youth tournaments of all kinds. Svec said the revenue generated from these new events could be used to offset payments on the facility. 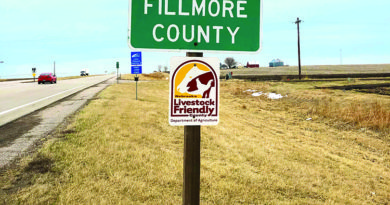 What It Means To Be Livestock Friendly County

County up to 10 positives 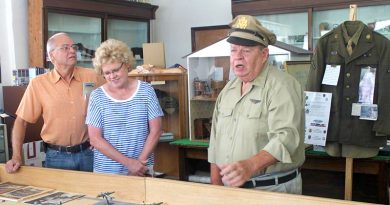