Nebraska state senators voted on July 20 to advance LB1140 including two new amendments that deal with the state’s Youth Rehabilitation and Treatment Center (YRTC) system. One amendment would postpone the possible transfer of females from the Geneva YRTC campus to Hastings until March of 2021 to better finalize a plan and require more input from stakeholders and communities involved in the change. Nebraska Department of Health and Human Services (DHHS) CEO Dannette Smith announced in mid-July a plan to move the current five girls receiving treatment in Geneva to the Hastings Regional Center (HRC) this October. She was uncertain what would then happen with the program in Geneva. Nebraska Gov. Pete Ricketts has yet to weigh in on the proposed plan.
But, Nebraska lawmakers weighed in in-mass to begin the COVID-19 postponed Legislative session.
Legislature Health and Human Service Committee chairwoman Sen. Sarah Howard of Omaha proposed the amendments to LB1140 which addressed Smith’s plan, which was announced on July 15. Smith’s plan would move all girls in Geneva and Kearney to the newly-constructed building at the HRC, which currently houses seven boys involved in a chemical-dependency program. These boys would be moved to the Whitehall campus in Lincoln, according to Smith’s plan.
“We appropriated $5 million for a chemical dependency program, not for a YRTC in Hastings,” said Howard in a published article last week.
Sen. Lynne Walz of Fremont took issue with the lack of warning made by state DHHS officials.
“A hasty move has many costs,” said Walz in a published story last week. “It’s how the lack of consideration and thoughtful planning can affect the lives of Nebraskans, but also realize that the stakes and lack of planning is something that costs our state big money.”
Sen. Matt Williams of Gothenburg agreed on the quick decision.
“We need to take a step back and hit the pause button,” said Williams in a published article last week. “This can get out of control if we don’t do this; decisions are being made without any input and without the oversight of the legislative body.”
Geneva Mayor Eric Kamler said he too was blindsided with Smith’s plan at last week’s Geneva City Council meeting.
“It came literally out of no where this last week with this shut down,” Kamler said. “There’s been a lot of dissatisfaction here in Geneva with this of course…DHHS needs to slow down and wait with this.”
Hastings Mayor Corey Stutte was also confused with this swift decision by Smith.
“We hope we can keep the chemical dependency program here in Hastings,” said Stutte in a Grand Island Independent article last week. “The program is what the buildings were made for and the program is successful.” 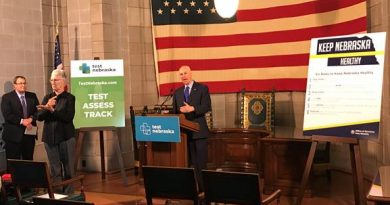 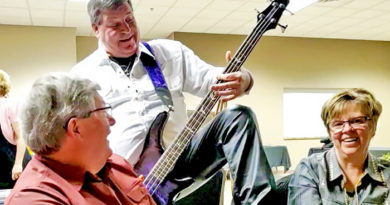