The Fillmore County Board of Supervisors met in regular session on April 14 in the meeting room in the Fillmore County Shop office building. All supervisors and Fillmore County Clerk Amy Nelson and Sheriff Bill Burgess were present. Items discussed were:
• More clarification was needed before the supervisors would look into the proposed Haul Agreement at the Fairmont Airbase again.
• The supervisors discussed options to improve the condition of the north entrance into Geneva (13th Street between County Road K and County Road L). “My idea was to apply some sort of hot mix and get another five-six years out of it,” Supervisor Ralph Graham said. Engineers with Speece Lewis informed Graham that this solution would probably only be good for one year and wasn’t a viable option.
The supervisors discussed other options. It was also mentioned that the State of Nebraska was supposed to completely repair 13th Street before it was turned over. “The state is pushing off everything they can,” Supervisor Larry Cerny said.
Graham, Fillmore County Highway Supt. Pat Halbur and asst. supt. Doug Motis walked the shoulders and marked them recently. “When you walk it, there’s a lot more damage there than it looks,” Graham said. “If a car hits one of those holes, you’re going to tear a wheel off.”
The supervisors voted unanimously to take bids to grind up the shoulders and place the material back along Road 13. An engineer’s estimate of this work was $85,000. “I guess this has to be done and it’s our most cost-effective option,” Supervisor Wade Sluka said. 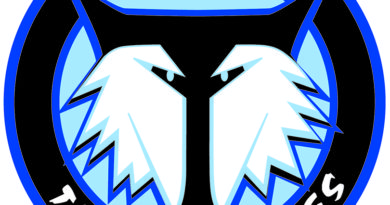