The rewards are endless when youth are involved in the Boy Scouts of America program.
Nicholas Andrews of Geneva, who has been in the scouting program since 2009, recently completed a project at the Geneva Public Cemetery, which allowed him to obtain the rank of Eagle Scout, the highest rank in the organization.
His project, the Civil War Memorial Rebuilding and Restoration project, is a tribute to the Union Defenders of 1861-1865, inscribed as such on the monument. It also included an upgrade of the immediate, surrounding area.
Andrews said he got the idea from a previous Scoutmaster who told him the City of Geneva had been considering doing it, thought it would be a good project to do, so he made a plan.
“I figured out what needed to be done, the materials needed, the cost and then went to the city council,” Andrews said. “My proposal was to restore the existing monument structure and base, make upgrades to the flagpole, replace the birdbath with a sundial and add four new benches.”
Andrews’ plan was accepted, immediately, by the council members and gave him financial support. 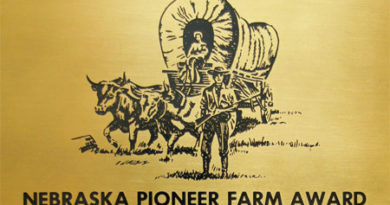