For some time, most county offices, including county election offices, have been closed to the public as part of the counties’ response to COVID-19. In connection with those closures, yesterday the Governor has signed an Executive Order, waiving the requirement of in-person voting at election offices, with the exception of voters with disabilities and certain other former federal employees. The executive order is effective through the May 12 primary.
Nebraska voters with disabilities continue to have options to choose from on how they wish to cast their ballot. Voting can be done on Election Day at the polls, by mail, or early voting in person by appointment at an on-site early voting county location, during the early voting period.
“We want Nebraskans who have disabilities to be able to vote early,” stated Secretary of State Bob Evnen. “Although many of our county buildings are closed to the public those voters who have disabilities are able to access early voting in person by appointment.” Evnen added, “They can also choose to vote from home, or vote at the polls.”
Each polling location, and onsite early voting location, is required to have available an accessible voting device for use by voters with disabilities. Nebraska has new ballot marking device – Express Vote – machines for those that are visually/hearing impaired and with wheelchair accessibility. The Express Vote device is set up and operational for disabled voters by appointment. This device will allow those voters to cast an early ballot independently, privately and securely.
Voter registration will continue to be available online at sos.nebraska.gov. Eligible citizens also can register when renewing their drivers licenses, or by mail, or in person at the DMV offices that remain open, or with DHHS and the Nebraska Department of Education when applying for programs.
The Secretary of State has encouraged voters to request early ballots for the primary. Nebraska voters have answered the call. To date, more than 140,000 early ballots have been mailed to Nebraskans who have requested an early ballot. The polls will be open for the May 12 primary.
For information to contact your County Election Clerk or Commissioner for an early voting appointment, visit the Secretary of State website https://sos.nebraska.gov/elections/election-officials-contact-information. In Fillmore County, you are encouraged to contact the Fillmore County Clerk’s Office at 402-759-4931. 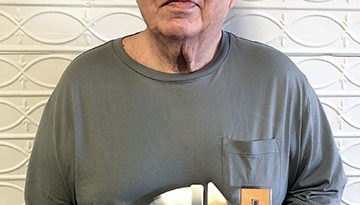