Nearly 50 patrons attended the Exeter-Milligan school board meeting on Tuesday in Exeter. Chairman Adam Erdkamp opened the meeting welcoming the visitors and noted that there would be time for the visitors to speak at the end of the meeting. The board quickly approved the consensus agenda and reviewed the policy on communicable diseases.
E-M Superintendent Paul Sheffield confirmed the current policy, “If the school would close; it’s coming down from the health department… We talked to teachers about it today and if we have to close for 14 days we will make a plan to deliver content digitally.”
The next item on the agenda was the curriculum report which was a review of the recent external visit. Board member Eric Milton commented, “It sounds like they were fairly impressed with us .”

Board member Tim Pribyl concurred with Milton’s comment noting, “They were especially impressed with our technology of one to one laptops and ipads.”
The board moved on to old business after noting they would be moving the consolidation topic to the end of the meeting. The board approved the principal contract and looked at a report from the building and grounds committee.
The CIPA filter was a discussion point for the board. Sheffield informed the board that the essential internet filter is about eight years old. “We are going to have to replace it and will try to use E-rate funds to help defray part of the cost. You will see the universal service fund on your phone bill. We will apply for use of those funds. It usually costs $6,000 so we will hopefully get it for half price.”
The board approved this project.
The board approved five days of unpaid leave for Mary Kay Pribyl.
Erdkamp gave a timeline of the current topic of cooping all sports and/or consolidation with Friend Public Schools. He explained that the board looked at doing a curriculum study, “We wanted to know how we were doing and what some opportunities were for our kids. We invited Friend to participate with a separate report for us and Friend.”
The report was completed at the end of December and presented to the board. The curriculum committee which included Erdkamp, Milton and Kendra Oldehoeft along with Exeter-Milligan administrators met with professors from Wayne State University, who presented the report in January.
The board discussed the committee meeting in their February 12 board meeting and also at a work session they held. The committee met with the corresponding Friend curriculum committee.
Erdkamp explained, “These meetings (with the exception of the committee meetings) have been advertised. We have not been trying to go behind closed doors. We want to be open about this conversation. We are glad everyone is here because we want to know your opinions.” 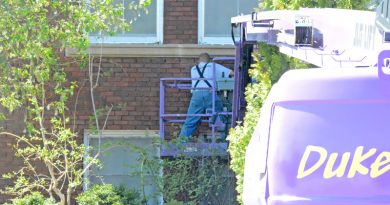 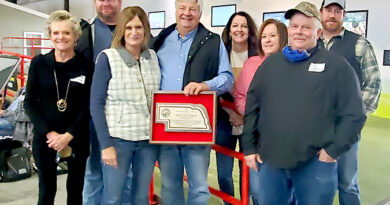 Fair Person of the Year