Editor’s Note: Members of the Exeter community have managed to do what many other communities couldn’t—save their local grocery store. In the not-to-distant past, grocery stores in Fairmont and Friend have closed and in nearby Clay County, the Harvard Foodmart closed in February of this year making it the third grocery store in the past four years to fold up in the county. Signal correspondent and Exeter small business owner Leesa K. Bartu’s story follows. Leesa and her husband Dean are part of the community members who purchased a share of the store to keep its doors open.

In early December the Exeter community was rocked with the news they learned on social media, Greg’s Market planned to close their doors by the end of February.
Their on-line statement included an explanation for their closing after 20 years of service to the community, “The current climate of small business, e-commerce, super-fast shipping, etc. have made it very difficult to compete on price and selection in the grocery category. . .profit margins continue to be thinned by the constant battle for the ‘best’ price and rapidly increasing credit card processing fees.”
It didn’t take long for the community to respond. Just before the end of the year a group of concerned citizens held an evening discussion and out of that was born the plan for community members to pool their resources and purchase the store from the Greg and Jackie Yound.
The group, calling themselves the Exeter Investors Corporation met in mid-February to purchase shares (minimum was $1,000) and elect a board of directors. Approximately 50 investors purchased 200 shares of stock in the corporation.

The meeting also informed shareholders how the corporation would work and detailed legal paperwork was passed out and signed. The purchase agreement with the Yound’s and the Exeter Investors Corporation was signed on Monday, March 1. Greg’s Market officially closed on March 30 and the store will be closed on March 31 for inventory.
The investors plan to tackle a few minor repairs on the State Fire Marshal’s Office recommendation list on March 31 with the rest completed within 90 days of the store reopening. The store will reopen under the new ownership on April 1.
Greg will be available to the board in an advisory capacity for the time being, but current employee Becky Bigelow will be the store manager with local resident Mitch Schlegelmilch serving as the president of the board of directors. Also elected to serve on the board by the shareholders are Justin Harre who will serve as vice president of the board of directors with Amy Emshoff as treasurer and Sharon Dyer as secretary. Kenny Harre was also elected to the board of directors. 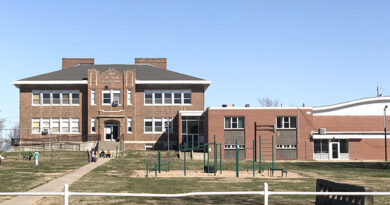 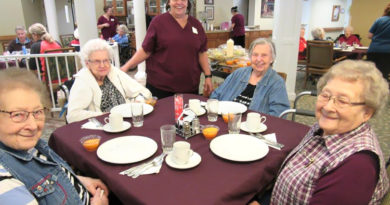