A 68-year old Milligan woman was killed in a two-vehicle accident on Thursday, August 27, at the intersection of State Highway 41 and U.S. Highway 81, just southeast of Geneva.
A westbound 2017 Ford Edge driven by Sue E. Gilbert, 68, of Milligan on Highway 41 heading toward Geneva was struck by a northbound 2003 Ford Econoline van driven by Valerie Rathe Hoffman, 26, of Marquette. The accident occurred in the northbound lane of Highway 81 at approximately 12:47 p.m.
Both drivers were transported to the Fillmore County Hospital in Geneva. Hoffman was treated for bruises and contusions. Gilbert was transported to Bryan LGH West in Lincoln and later passed away due to her injuries at the hospital. The accident was investigated by the Fillmore County Sheriff’s Office. A funeral service for Gilbert took place on Tuesday, September 1, at the Milligan Auditorium. Burial was in the Ohiowa Cemetery. 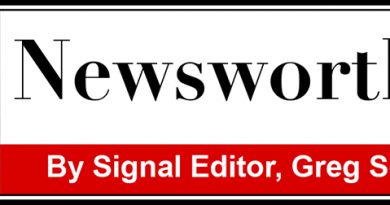