The Fillmore County Board of Supervisors met in regular session on March 10. One thing discussed last week that met with split reviews is the upcoming plans to move wind turbines through Fillmore County for the Milligan One wind farm in Saline County. The movement will also call for some storing of wind turbine parts at the Fairmont Army Airbase. Two representatives with Martin Bencher, USA, LLC appeared at the meeting to discuss a Road Hall Agreement with the trucking firm and the county.

County Road H off U.S. Highway 81 east to the airbase will handle these loads. The agreement called for two inches of course rock to be placed on top of the gravel road surface to minimize potential damage to the road. The supervisors also want the hours that loads can be hauled in and out of the airbase to be well outlined and kept too.
Supervisor Merle Noel wants Martin Bencher to have to provide a bond for the operation.
“If they pull out and it’s not as good as it was, what do we do?” Noel asked.
Supervisor Mark Lightwine wanted more time to look into the agreement. The county board met in special session on Monday, March 16, to address the situation again.
“I think we’re rushing it,” Lightwine.
On March 10, the supervisors voted 3-4 (Supervisors Larry Cerny, Ralph Graham, Lightwine and Noel—no) to approve the haul permit. If approved, Martin Bencher would like to begin hauling the wind turbines in the near future. 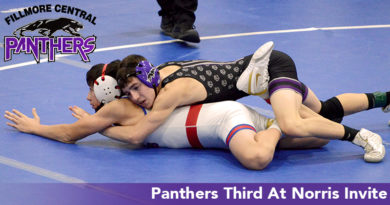 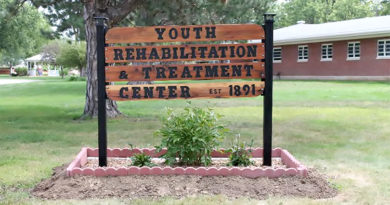