The Geneva City Council worked through an extremely light agenda at the council’s first meeting of 2023.
During communications, Geneva Mayor Cody Lightwine addressed a very low return from the Nebraska Department of Revenue for sales tax collections for October. The amount returned was $34,335.74—a figure half as much as what was collected in October of 2022.
“They (city sales tax collections) took a major dip for the month of October,” Lightwine said. “Something slowed tremendously…more sudden rather than a gradual decline.”
During his report, Geneva Ciy Administrator Kyle Svec noted, the first snow event of the year was handled smoothly by city workers. “We had a good effort by all of our crew to get this done,” Svec said. “A good effort by the guys on that.”
He also said city staff continues to look at different options for city credit cards.
Representatives of Western Oil II, LLC, d/b/a as Speedee Mart 2913 and Speedee Mart 2918 applied for Class D Liquor Licenses for their two new locations in Geneva.
The city council went into Executive Session at 7:20 p.m., to discuss and consider selling land to the Fillmore Central School District. Svec said he has met with FC Superintendent Josh Cumpston about the school district’s potential desire to purchase some land just to the east of FC Football & Track Facility. 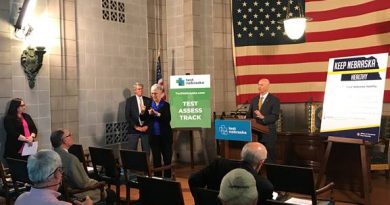