The citizens of Geneva will have a chance to change the way their representatives are elected this November. The Geneva City Council approved Ordinance No. 1149 on third reading at its regularly-scheduled meeting last week.
The ordinance, which will now be on the November 8 General Election ballot, will change the six representatives on the Geneva City Council to at-large positions rather than the current three-ward alignment. The council has debated this idea for the last couple of months and many have voiced their opinions that they do not want to limit the field of potential city council members by where they live in the Geneva, since any agenda item that comes up is a city-wide issue not just a ward one.
“This will make this go to the election,” said Geneva Mayor Eric Kamler before the vote on April 4. “Citizens will get to vote on it in November.”
The city council voted 5-0 (Councilman Chad Gaston—absent) to pass the ordinance.
The majority of the meeting was spent talking about a new process being implemented by the city council to get rid of nuisance properties inside the Geneva City Limits. A city council committee is working with an independent third-party company to identify nuisance (dilapidated) houses in the city. The committee selected three properties to start with in January. Property owners were notified that their property needs cleaned up. After 60 days, the property owners were contacted and were asked to allow the third-party worker inside to conduct an inspection. Two property owners allowed this to happen, while a warrant and assistance from the Fillmore County Sheriff’s Office (FCSO) was needed for the third. After this, the third party makes a recommendation to the city council committee.
“This is a new process for us,” Kamler said. “We are going to try and tackle a group at a time.”
One of the three property owners requested a hearing to discuss the Declaration of Nuisance to Abate for his property. He said the whole process could be handled differently and the 60-day timeline to get the property cleaned-up is unrealistic. He also didn’t like the fact that a FCSO deputy delivered papers.
Geneva City Attorney David Solheim said a property owner can request a hearing in the process. He also said the ordinances are currently in place to get properties cleaned up if they are identified by neighbors as being run down.
The three properties that the process has started on will have different timetables. One, because of the resistance; the other on schedule; and this one given an extension to allow a contractor to be hired to raze the house after items are retrieved from inside.
“We need to look at the common sense element of this,” Councilwoman Joni Karcher said.
The owners of the property involved in the hearing will now have until October 4.
Other April 4 meeting notes included:
• The city council approved a Keno Grant request from the Geneva Arts Council for $2,000 to help fund the Missoula Children’s Theatre activities in Geneva between July 18-23. Karen Kohler appeared at the meeting and said around 50 kids usually take part in the production each year. Funds from the Fillmore County Foundation and the Shickley Community Foundation have also been pledged to cover the program’s expenses. This year’s production will be the “The Jungle Book.” The final product will be presented two times on Saturday, July 23.
• City Administrator Kyle Svec reported there is a pile of wood chips at 7th and H Street that residents can pick up for use. “We encourage citizens to use them up,” Svec said. He also noted he expects a Memorial Day period opening for the aquatic center. 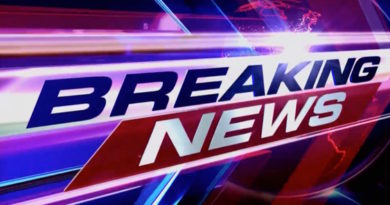