During the Tuesday, April 12, meeting of the Fillmore County Board of Supervisors, Fillmore County Hospital (FCH) officials announced the closure of its10-bed Inpatient Behavioral Health Unit effective June 30. The Unit served primarily geriatric patients with psychiatric needs, often combined with dementia symptoms and diagnoses, a press release states. It has served patients in Nebraska since opening July 1, 2015. By June 30, it will have served over 900 patients from 83 counties in Nebraska and in three surrounding states.
The difficult decision to close was a unanimous decision of the FCH Board of Trustees, according to the press release, after a recommendation was made by FCH CEO Chris Nichols and the FCH administrative team based on extensive evaluation. This evaluation involved a financial analysis by internal as well as external entities, future forecasting, and a thorough cost/benefit analysis.
From the analysis, the press release goes on to say, the main drivers of the decision to close were 1) fiscal responsibility and 2) the opportunity to serve more patients (outpatients) with mental health needs. The lingering effects of COVID played a major role, Nichols noted. Erratic referral patterns, difficulty discharges, staffing difficulty, and inflated costs including supplies, equipment, contracts, and wages were all heavy factors that changed significantly since the beginning of the pandemic in 2020.
The Unit became a statewide resource for inpatient geriatric psych needs, but less than 10 percent of the patients served were from Fillmore County and the immediate service area, according to the press release. The opening of Columbus Community Hospital’s 10-bed inpatient psych unit last summer will help fill the void, as will existing inpatient psychiatric beds in Fremont, Lincoln, Omaha, Hastings and North Platte.
FCH plans to use the vacated space to duplicate and expand its robust menu of outpatient behavioral health services, according to the press release. These include the Structured Outpatient Program for seniors, traditional walk-in therapy, medication management both in-person and via telemedicine and school-based therapy programs in five local districts. Potential development other mental health programs include a pediatric therapy program as well as outpatient alcohol and drug treatment programs. There are no structural remodels of the space planned, Nichols said, but aesthetic changes such as paint, lighting, carpet and furniture will be necessary to transform the space from the institutional inpatient look to a warmer outpatient space.
All employees who worked extensively in the Unit will be given the opportunity to move to another area within the FCH organization, according to the press release. Those who choose to leave the organization will be assisted in finding new positions.
“Since 2015, the care that this Unit provided for patients and families was remarkable,” Nichols said. “It was challenging and rewarding, and always against the odds to do this work being a small, rural hospital with a low population to draw from. The staff who dedicated their time to patients are the heroes and their compassion and dedication need to be commended.”
He added, “This was an extremely difficult decision, but one that needed to be made. We will serve more patients overall and certainly more local patients by moving our focus completely to the outpatient setting. Our commitment to serving the behavioral health needs of patients will always be a priority and will deepen with this change.” 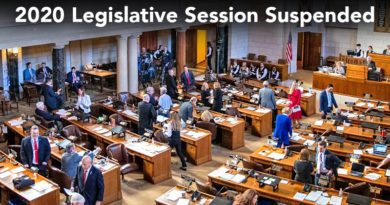