Time passes quickly, resulting in inevitable changes.
Fillmore Central Public Schools Superintendent Mark Norvell has held his position since July 1, 2005 and after 15 years, he will be retiring on June 30. His last official duty was conducting the board of education meeting on June 15 and now, for the last two weeks, he is communicating closely with his successor, Josh Cumpston, former Superintendent at Silver Lake Schools of Roseland/Bladen.
Norvell said he will, most likely, continue to work in education somewhere in the future, but will not be able to get back into an education career until after December of this year.
Norvell, 63, came to Geneva from Bartley.
“I was hired in 2001 as the Superintendent of Twin Valley Schools. We merged two years later and became Southwest Public Schools, which was a very nice school district,” Norvell said. “We moved to this area to be closer to family.”
During Norvell’s time at Fillmore Central, many significant changes have been made that upgraded the facility. 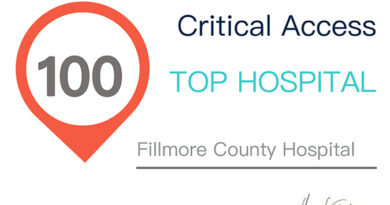